Dialogue in the Dark

DID, yeah! I did it. I went to DID which stands for Dialogue in the Dark. I was in dark for more than 4 hours and there were moments when I learnt some important lessons of my life.
I theoretically understand the concept of inclusion and have worked on it to enable differently abled people. I did work with some of my team mates and close friends on developing a technology platform for visually impaired. Our demos were successful but it did not result in generating too many employment opportunities for them.
I tried several times taking steps towards hiring differently abled people. Every time there were pros and cons, discussions used to end with investment required or business justification. While attending Nasscom Diversity and Inclusion summit in Bangalore, one of the co-awardees made an eye opening statement. She said if you think too much or make big plans, it will not happen. Just start from somewhere, things will start falling in place. The first step makes the difference.
Till recently I could not realize that technology or disability is not the barrier. Aamir Khan featured an episode on differently abled people in Satymev Jayate. That was the time it struck me, that all these years, I worked on it considering it a diversity problem where as it is an inclusion problem. People acceptance is the biggest barrier than enabling people. Aamir khan did a fantastic job of making people aware and even if his program would have converted few people, it has done its job. May be this is the first step, and it will make the difference.
I was not expecting next realization to be so fast. All the time, I was on the other side of the table. Tables turned and I was standing in the dark with a path finding stick in my hand. I thought that after some time I will be able to make out something in the dark, but this assumption proved wrong. Everything was dark and there is no ray then of light because either the tunnel was closed on the other side or there was no tunnel. I realized that I had a task at hand; I had to find my group. The group was to be found based on the smell of the papers people were carrying. Almost everyone was settled and I was the only person trying to find out where my group was. I found myself so helpless for the first time in my life. I could not expect any one else to figure out that I am standing alone and trying to find out where I have to go.

I studied braille out of interest few years back when I was planning to go to schools and teach students braille. Project did not work out as pilot schools did not like the idea. Today I was thinking, may be they were right, learning braille cannot help me in this situation of emotional turmoil when all others have moved ahead and I am left behind. I asked for directions in soft tone but the room was too noisy for someone to listen to me. I almost gave up but the perseverance did not allow. With all inhibitions and plight, I was able to find a place. Luckily that was the right place. The first step of finding the place was the most difficult one.


Once I joined the group, after that it was easy. While interacting with other team members on the next set of tasks, I got my confidence back. Interesting phenomenon: two helpless people come together, and become more confident. In our day to day routines, we think that we are self-sufficient and do not need to work in teams, whereas actually we need a team to depend upon and to gain more confidence. Remember your first day at organization, if there is no one to connect, it is the same feeling of helplessness and that is why inductions are important.
Another important realization was amazing. I always used to think that somebody coined the word differently abled to soften the tone of disabled. When I noticed that word was coined by the US Democratic National Committee in a valiant effort to find a kinder term than handicapped. I discounted the word for obvious political reasons. Someone in Satyamev Jayate also criticized the usage of term “differently abled” and I somewhat agreed to the argument that each human being is differently abled.

I have enjoyed the story multiple times and even taught the lessons of story to many but never realized that the first story was written with a premise that POOR tortoise who is the slowest among all animals is paired up for a race with the fastest running animal and you feel pity on the tortoise. Out of sympathy you want weaker and slower tortoise to win. You are happy when tortoise wins. Credit of tortoise victory is given to perseverance of tortoise. However overconfidence and carelessness are other big factors responsible for the victory.

The newer version of the story takes out the sympathy factor. It starts with root-cause analysis, if Hare would not have slept tortoise would never have won the race. That is what happens in the real world. The next race and the lesson of core competency are very important. Tortoise knew the different ability or core competency of self and decided the route to win the race. This was a smart move. Realizing the core competency or a different ability is very important for the individuals as well as society.


I found certain abilities which were different and may be seen as core competencies of visually impaired people working as our facilitators in the dark. All three of them were well qualities and have completed their graduations and post graduations. All of them were astute listeners. They were making decision on facts and were not guided by visual appearances. They were excellent at providing feedback because they cannot read discomfort on the face. Another important aspect that they were able to work in the dark, they were able to take measurements in the dark. However the core competency of visually impaired people does not always require dark environment. Absence of visual skills strengthens auditory skills. Processes involving telecommunication devices very well utilize the core competency of the visually impaired. Companies working in distributed environments where most of the communication happens through emails and conference calls are the good places to observe the special abilities of visually impaired.
I have always believed that we must not create opportunities for visually impaired just for the sake of creating opportunities. It is similar to arranging a race of hare and tortoise where tortoise is put under pressure with negligible probability to win. These kind of opportunities are driven by sympathy not core competency. Instead we should first understand the core competency of various work groups and continuously analyze the best fitment based on requirements of the positions. Opportunities identified based on core competency make incumbents successful and boosts confidence. That is the winning formula for Business as well as the people, be it differently abled.

Empowerment - a tool to enhance retention

I was interviewing a senior professional. She told me that she wants to change the job because she is not empowered. Empowerment has several definitions. Simplified Wiki definition of empowerment is - the power to participate in the decision making process. Interestingly the participant does not make the final decision. Participant only gives an opinion in the decision making process. Even if the result is diagonally opposite to the opinion of the participant, participant feels empowered. Another interesting insight precipitated when a colleague told me that he has an offer at hand but he does not want to join. His reason was that the new job does not have the similar kind of freedom enjoyed by him in his current job. Further elaboration clarified that people feel empowered when they have freedom to do their own job with minimal interference. In given context, empowerment in any organization is created in three distinct ways 1.  Structural empowerment : is created by organizat 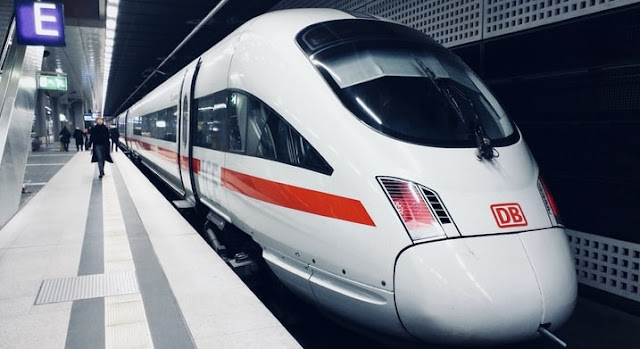 Nagda Express has no connection with Chennai express. However it was equally interesting and eventful. In this story, Nagda is not the name of a train or a place. Nagda is the surname of one of our batch mates at INSEAD. Nagda was one among all till second last module. Our last module was scheduled at Fontainebleau, France. We were to make travel arrangement to France from India. This was the time when Nagda sent a mail to the entire batch. Leadership starts with a small step. Nagda would not have anticipated before sending the mail that what he was getting into. Nagda planned to travel to Switzerland after the completion of module. Nagda went to a travel agency for booking his ticket. After learning negotiation at INSEAD, Nagda could not resist negotiation with travel agent and found that if group booking is done then big discount is possible. Nagda had 90 batch mates. Nagda was excited and estimated that almost everyone would jump at the offer if price is right. He negotiated an

Why should boys have all the fun?

Why should boys have all the fun? This is a tag line for one of the scooty advertisement. The line is catchy however I never thought about it seriously until I heard someone literally analyzing it. Analysis said “These girls do not know that boys cannot afford a four wheeler that is why they drive two-wheeler. After 9 hours of hard work, with a bag pack around their neck, when boys are standing under a flyover to avoid rain showers on a two wheeler, they are definitely not having fun.” Still the advertisement worked because people did not take the literal meaning of the tag line. Somewhere everyone felt that girls are suppressed and they should have some fun. This means “Words are not understood, the way they are said.” Yes, you got it right, communication is a known devil. HR professionals cannot survive without it, be it recruitment, separation, performance management or change management. Official definition states that communication is the transfer of information (message) from